The effects of climate change on Arctic peoples is a warning sign for the rest of the planet.

WHAT: Looking at the effects of climate change on people living within the Arctic and how it is displacing them within their own countries.

WHERE: The Brookings Institute (public policy think tank based in Washington, DC)

The Arctic is warming faster than the rest of the planet right now due to a reduction in surface albedo, which is scientist for when the white ice melts; the darker surfaces absorb heat faster.

This means that the people who live in the Arctic are experiencing climate change ahead of the schedule the lower latitudes are on. So what’s happening to all the people who like living in the really really cold? This report from the Brookings Institute in the USA is looking into it.

The official Polar Countries are Greenland, Canada, Russia, Norway, Sweden, Finland, Iceland the USA (Alaska) and one of the major issues that will be faced by anyone living in these countries and inside the Arctic circle is ‘internal displacement’ which is UN speak for refugees who don’t leave their original country, but can no longer live wherever ‘home’ originally was. 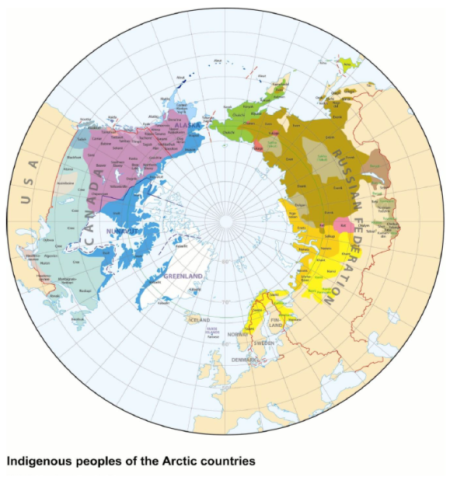 The Arctic is expected to warm by up to 10oC by 2100, which will have serious ramifications for weather patterns in North America by messing with the jet stream, but will also have other scary impacts like greater erosion from the lack of sea ice protecting coastal areas from storm surges.

Larger storm surges is also an issue for permanent infrastructure for coastal communities (as the people of Manhattan discovered in Hurricane Sandy), but here’s one I hadn’t thought of before – melting permafrost means that the ground underneath houses in the Arctic could literally melt away from underneath the foundations. If your home is melting underneath the foundations and will continue to, how long do you stay?

There’s issues for sea life, where permafrost creates a kind of breeding ground for ice crystals filled with sediment, which then float to the surface and feed all the small things like plankton under the sea ice (if there’s any sea ice left). There’s issues getting food, not only with changes in the migration patterns of the tasty animals normally hunted in the Arctic, but more modern food issues like supply barge docks being destroyed in climate fuelled storms. 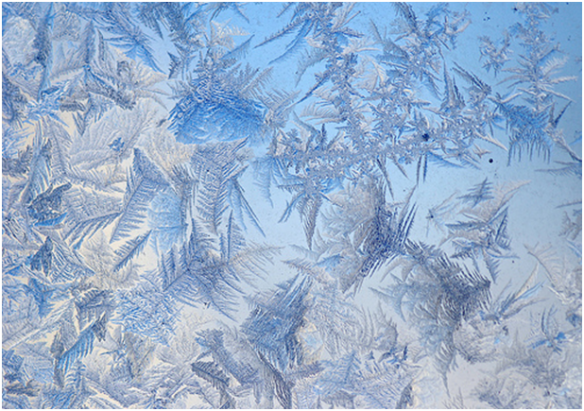 There’s the interesting new research looking at black carbon feedback loops, where researchers think that pollution could be creating enough of a colour change on the top of ice and snow that it’s further speeding up the melting of the Arctic.

What else is happening in the Arctic through climate change? Well the growing season is getting weird from the changed patterns of freezing and thawing of the ground, but scarier than that, roads are starting to buckle and travelling across ice that used to be thick enough to drive a large truck over is becoming increasingly dangerous in really unpredictable ways. It really puts a different spin on a fun day of ice fishing when you don’t know if the ice will even hold you up…

The report looks at the potential benefits for the local communities from the changes, however some of them are pretty suicidal for the planet as a whole. Unfortunately, Greenland (who was only given self governance from Denmark in 2009) has decided that the best way to be less reliant on Danish Government subsidies is ‘drill baby, drill’, and the number of mineral exploration licences has increased dramatically over the past decade, with the oil and gas industry spending $100m in 2011 searching Greenland for more fossil fuels.

Whichever language you say it in, ‘drill baby, drill’ is also the fastest way towards spending the atmosphere’s entire carbon budget and ensuring that there will not be a livable climate for Greenland’s next generations, so I hope someone is advising their government that a longer term outlook would be more beneficial.

Other benefits from a melting Arctic are new shipping routes, greater tourism opportunities, new military bases, and greater wage-based activities (which must be think tank speak for ‘all other businesses that pay wages’).

The big sticking point though (aside from the fact that their homes are melting beneath their feet) will be the geopolitics of the region. The report points out that indigenous Arctic people are rarely represented at national or international Polar negotiations in a way that they can influence the decisions that affect them. Competing commercial, national security and environmental concerns are going to only be heightened in the Arctic as climate change continues to intensify.

The report concludes that more research needs to be undertaken, (naturally) and that Governments and organisations need to make sure that they’re engaging fully with local indigenous peoples (yes, you need to ask before you mine their land).

For my part, I hope that the rest of the world can start looking at the Arctic and stop seeing it as the next place to attempt to continue the fossil fuel gold rush and instead start seeing it as the future of where the whole planet is headed, complete with 7m of sea level rise if Greenland fully melts.

Is it time to stop burning carbon yet?