If the UN climate negotiations were to actually produce an agreement in 2015 to replace the Kyoto Accord, what would it look like?

WHAT: The possible legal elements of a 2015 agreement by the UN on climate change mitigation (which they’ve promised to try and do by 2015)

WHERE: Institute for Sustainable Development and International Relations, Paris,

Let’s take a walk down fantasy lane for a moment since the UNFCCC climate change talks are happening in Warsaw over the next two weeks and imagine that the process begins to work. I’ll take off my cynical and sarcastic hat, and we can imagine together what the world might look like if nations sent negotiators with some actual power to commit their countries to reducing their carbon emissions.

Realistically, as any Canadian who has paid passing attention to the news can tell you, the Harper Government here in Canada is currently spending a lot of time and money muzzling and silencing their scientists who might talk about inconvenient things like climate change. So we know very little will come of these current negotiations. But I digress- as I said, let’s imagine, because that’s what this paper is doing.

These researchers looked at the current negotiations and figured that since all 194 countries that are part of the UN climate negotiations have agreed to negotiate a new legally binding agreement by 2015 to be implemented in 2020, maybe we should sit down and work out what the best one would look like? They helpfully point out that unless there’s an overarching plan for the negotiations that they get bogged down in procedural details, which is true given that Russia held up almost the entire negotiations on deforestation prevention financing in Bonn this year over the agenda.

Yes, Russia held up two weeks of negotiations over the agenda for the meeting (golf clap for Russia).

So to avoid negotiation grandstanding over the formatting of the agenda, what should the game plan be?

The researchers start by aiming high, stating ‘the climate regime needs to move out of continuous negotiation and into a framework of continuous implementation’ which would be awesome. They suggest we need a hybrid approach – avoiding the ‘top down’ regulation from above that tells countries how they can do things, allowing a ‘bottom up’ approach where countries get to choose how they want to reduce their emissions.

Elements of a 2015 agreement (from paper)

Instead of sitting down and trying to hash out exactly what each country is going to do to reduce their carbon emissions, the researchers say they should all agree to have net zero carbon emissions by 2050. Everyone. We all agree to zero by 2050 and then it’s up to each nation to work out how.

Using the words ‘net zero’ gives countries that believe in the commercial viability of carbon capture and storage (CCS) to use that technology and still have zero emissions, but most importantly it leaves the details up to each country. 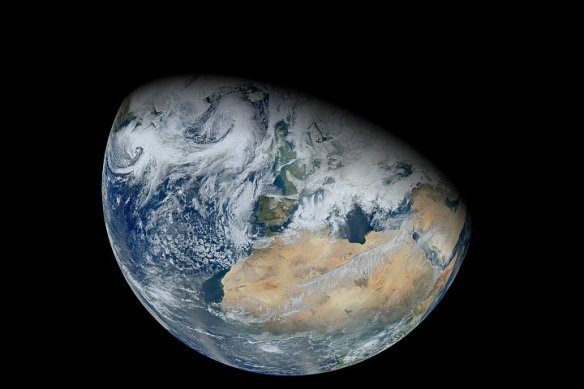 The simplicity of this idea means that the only agreement needed for 2015 is ‘we all agree to have zero emissions by 2050 and agree that progress will be monitored by the UNFCCC’ (although the UN will say it in their very wordy form of bureaucrat). It makes the idea quite appealing and possibly(?) achievable?

So let’s imagine that everyone agreed that we should all have net zero carbon emissions by 2050. How would the UNFCCC monitor this?

The idea these researchers have is that once everyone signs on, each country is then responsible for proving how they’re going to reduce their emissions. They’ll submit these national plans to the UN and the UN will either approve it or send it back telling them it’s not good enough. Each country will also have to prove they’re doing their fair share to reduce emissions (time to pony up the reductions EU, UK, Canada, US, Australia and others!).

The plans will then be reported on every year with the exception of countries that produce less than 0.1% of global emissions. Something that might be surprising to you – 100 countries fall under that threshold! So those countries would only have to report on their progress to zero emissions every five years.

In order to make the process complete, the agreement would need to include everything – air travel emissions, shipping emissions (and who is responsible for the emissions – the country of origin or the country who ordered the stuff?). There will also need to be more money for climate adaptation, because we are already in the age of climate impacts, which will involve wealthier countries coughing up the $100billion each year they promised and haven’t delivered on.

Oh, and of course the agreement needs to be legally binding because everyone knows voluntary commitments are like buying a gym membership as a New Year’s resolution.

Now of course, my first question when reading about an internationally agreed, legally binding commitment to reduce carbon emissions to zero by 2050 through rolling four-year periods that ramp up each time automatically is whether the unicorns are included or extras. 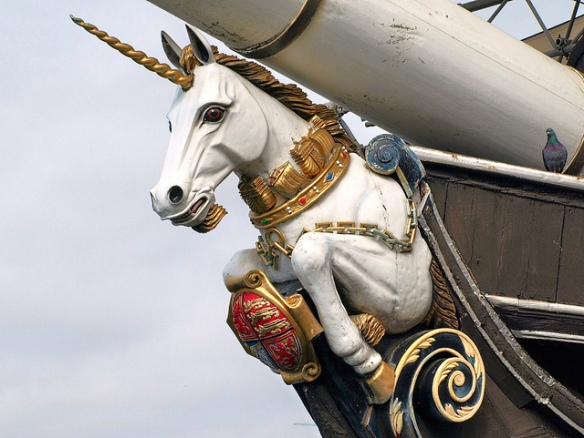 However, the researchers rightly point out that with currently available technologies and some political will, it’s possible to have reduced 90% of carbon emissions by 2050. They list sensible and achievable things to get us there like net zero carbon electricity by 2040, totally recyclable products by 2050, zero energy buildings by 2025, decarbonised and electrified passenger transit by 2040, Hydroflurocarbon (HFC) phase out by 2030, zero food in landfill by 2025 and the end of deforestation by 2025.

Even better, they’ve got a list of things we can do before the agreement kicks in for 2020 like: removing the billions of dollars that is current spent each year subsidising fossil fuels, better energy standards and air pollution standards, regulation of shipping and aviation emissions and incentives for early mitigation. Sounds simple, no?

This idea is great, if we could get past the sticking point of getting countries to send negotiators who would actually have the power to agree to a legally binding agreement (this year Australia didn’t bother to send their Minister for the Environment, because the new Prime Minister doesn’t believe in climate change).

But if we did all agree that global emissions should be zero by 2050 (which they need to be to preserve a livable climate), this paper outlines a pretty good idea of what it could look like.

5 thoughts on “Agreeing to Zero”