The numbers are in: 2013 was the hottest year on record in Australia since records began.

WHAT: A report on how many heat records were broken in Australia last year

Last week in Australia it was stinking hot. I was texting with my brother (who is doing a PhD in Meteorology so is also a massive nerd like me) about the heatwave forecast and we came up with a new term for what an overnight minimum temperature should be called when it’s too high. We decided that an overnight low of 28.6oC should be called a ‘lower maximum’ because that’s too hot to sleep in.

Unfortunately, this is the new normal for Australia, which has just been shown in excellent infographic form by the Australian Climate Council. It was a banner year for Australia last year breaking all kinds of heat records and having the hottest average temperature since record keeping started in 1910. 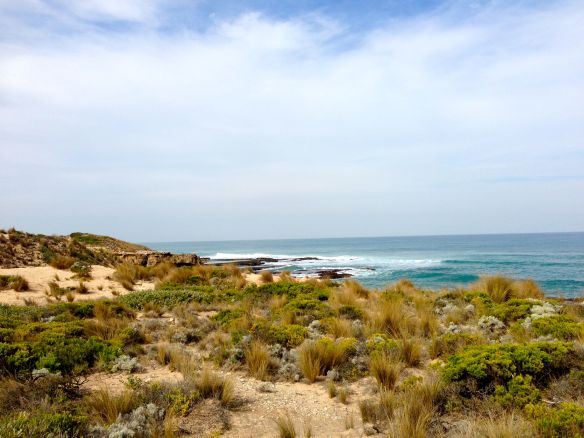 Now, I know we Australians are a competitive people who always like to win, but breaking these records are not so much fun.

Nationally, the records broken were:

Locally, some of the notable records were:

Sea Surface Temperatures were record highest for January and February 2013 and of the 21 days Australia has ever had with a country-wide average temperature above 39oC there were 8 of them in 2013 and 7 of them happened consecutively in January 2013! Remember in the news when Australia had to create a new colour on their temperature maps? That was then.

Even worse, this extreme heat was not pumped up with the influence of El Niño, which normally makes years warmer. The year had no strong El Niño or La Niña effect, so it was a climate-changed year.

Since 1950, the number of heat records has beaten the cold records in Australia at a rate of 3:1 and in true Australian style; we’ve exceeded expectations and broken all kinds of records. This is the new normal, and it’s only going to get worse unless we stop burning carbon.

Infographic by the Climate Council.