How will a real price on carbon affect supply chains and logistics?

WHAT: Looking at how a price on carbon can affect supply chains, with the example of magazine printing

Forestry is an industry that’s been doing it tough in the face of rapidly changing markets for a while. From the Clayoquot sound protests of the 1990s to stop clearcutting practices to the growing realisation that deforestation is one of the leading contributors to climate change, it’s the kind of industry where you either innovate or you don’t survive.

Which makes this paper – a case study into how monetising carbon has the potential to re-shape supply chains and make them low carbon – really interesting. From the outset, the researchers recognise where our planet is heading through climate change stating ‘any business that emits carbon will [have to] pay for its emissions’.

To look at the potential for low carbon supply chains, the paper looks at an example of producing and printing a magazine in North America – measuring the carbon emissions from cutting down the trees, to turning the trees into paper, transporting at each stage of the process and the printing process. 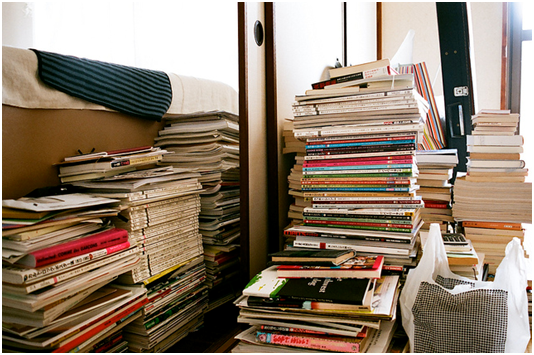 They did not count the emissions of the distribution process or any carbon emissions related to disposal after it was read by the consumer because these had too many uncertainties in the data. However, they worked with the companies that were involved in the process to try and get the most accurate picture of the process they possibly could.

The researchers found that the majority of the carbon is emitted in the paper manufacturing process (41%) as the paper went from a tree on Vancouver Island, was shipped as fibre to Port Alberni in a truck, manufactured into paper and then shipped by truck and barge to Richmond and then by train to the printing press in Merced, California.

That being said, there can be major economic incentives for companies to try and minimise their carbon footprint given that Burlington Northern Santa Fe Railways (who shipped the paper from Canada to the printing press in California in this study) spent approximately $4.6billion on diesel fuel in 2008 (the data year for the case study).

Given that California implemented a carbon cap and trade market at the end of 2012 and that increasing awareness of the urgency to reduce our carbon emissions rapidly and significantly means the price of carbon is likely to increase, $4.6billion in diesel costs could rapidly escalate for a company like BNSF. If part or all of their transport costs could be switched to clean energy, as polluting fossil fuel sources are phased out the company will start saving themselves significant amounts.

The companies in this study were very aware of these issues, which is encouraging. They agreed that carbon and sustainability will be considered more closely in the future and that carbon has the potential to change the value of existing industrial assets as corporations who are ‘carbon-efficient’ may become preferred suppliers.

The researchers identified three types of risk that companies could face related to carbon; regulatory risk, financial risk and market access risk. The innovative businesses who will thrive in a low carbon 21st century economy will be thinking about and preparing for operating in an economy that doesn’t burn carbon for fuel, or where burning carbon is no longer profitable.

I really liked the paper’s example of financial risk in the bond market ‘where analysts are projecting a premium on corporate bonds for new coal fired power plants’, meaning it will be harder for companies to raise money to further pollute our atmosphere. This is especially important given that Deutsche Bank and Standard and Poors put the fossil fuel industry on notice last week saying that easy finance for their fossil fuels party is rapidly coming to an end.

Of course, no-one ever wants to believe that the boom times are coming to an end. But the companies that think ahead of the curve and innovate to reduce their carbon risk instead of going hell for leather on fossil fuels will be the ones that succeed in the long run.