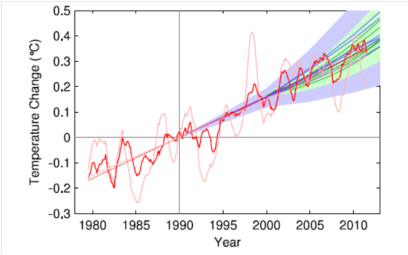 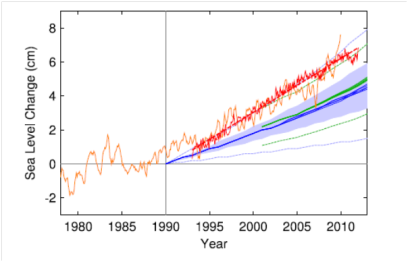 WHAT: Large project in the South China Sea to work out the effects of increased CO2 on important algae

The bottom of the food chain contains the unsexy and somewhat unpopular plants and animals. Let’s face it, most of us are not going to get as worked up over algae as a really cute polar bear. But climate change is going to affect the algae too, so this large project between the State Key Laboratory of Marine Environmental Science in China, the University of Southern California and a centre for ocean research in Germany set out to find out what increased CO2 levels mean for phytoplankton. 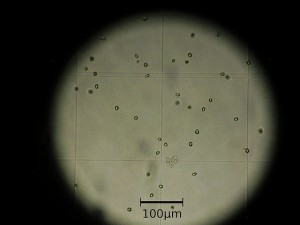 Phytoplankton – not as cute as polar bears (Logical Progressions, Flickr)

Phytoplankton are microscopic plankton that we can only see when there’s too many of them and they create an algal bloom. They are part of a larger group of algae, which are the building blocks of the food chain in the ocean and undergo photosynthesis (just like plants do) to create 40% of the primary production (really basic organic compounds) in the ocean.

So while they may not be the coolest things in the ocean, they’re pretty important.

Oceans absorb a really large amount of the carbon pollution we’re currently putting into the atmosphere – around 1millon tonnes of CO2 every hour is absorbed and a quarter of that gets removed from the atmosphere and stored in the ocean. The increasing amount of carbon pollution we’re creating means more and more CO2 is getting absorbed by the ocean, making the ocean more acidic. 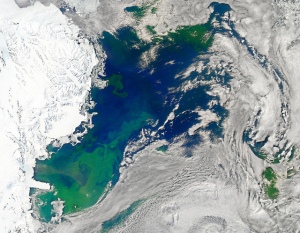 Acidic oceans are not fun for the local residents. Acid makes shells thinner and reduces the defences of animals that have them, and it bleaches coral, turning the coral white. So, if we ignore the need to reduce carbon pollution and allow 800 – 1000 parts per million (ppm) of CO2 to collect in the atmosphere by 2100, what’s that going to do to the ocean and the algae?

That much atmospheric CO2 will increase ocean acidification by 100- 150% (depending on how much we pollute and interactions with other bio-systems), which is really going to suck if you’re a shell-wearing animal or you hide in coral. It’s also going to affect the ability of phytoplankton to grow and therefore produce the basic organic compounds the ocean needs.

The researchers did controlled lab tests with different levels of CO2 concentrations in sea water (between 390ppm which is what the world is currently at and 1000ppm) and different strengths of sunlight. They then checked these against the experiments conducted in the ocean to make sure their results were realistic.

Apart from the fact that humanity is really in trouble at the point where the ocean starts releasing carbon rather than storing it for us, an ocean where the building block organisms are stressed isn’t going to be very productive for growing things or living.

Higher CO2 can reduce the ability of phytoplankton to grow by up to 81% depending on how much you stress them, but the more CO2 is present, the less sunlight it takes to stress the phytoplankton and reduce their growth. The decrease in phytoplankton also saw an increase in Haptophytes, which form toxic algal blooms.

The effects of CO2 on the phytoplankton can be kept neutral, but only if the amount of sunlight is kept under 30%, which is impossible outside of a lab. The researchers were not able to work out how these effects on phytoplankton would relate to CO2 absorption and sequestration in the ocean, or food production for the rest of the food chain. However, in a world where we allow 800- 1000ppm of CO2 into the atmosphere, there’s unlikely to be any humans around either, since beyond around 450ppm irreversible positive feedbacks kick in and make our planet seriously non-linear (unpredictable and extreme).

So obviously for our sakes and for the poor phytoplankton too, we should reduce our carbon emissions and not let that happen.